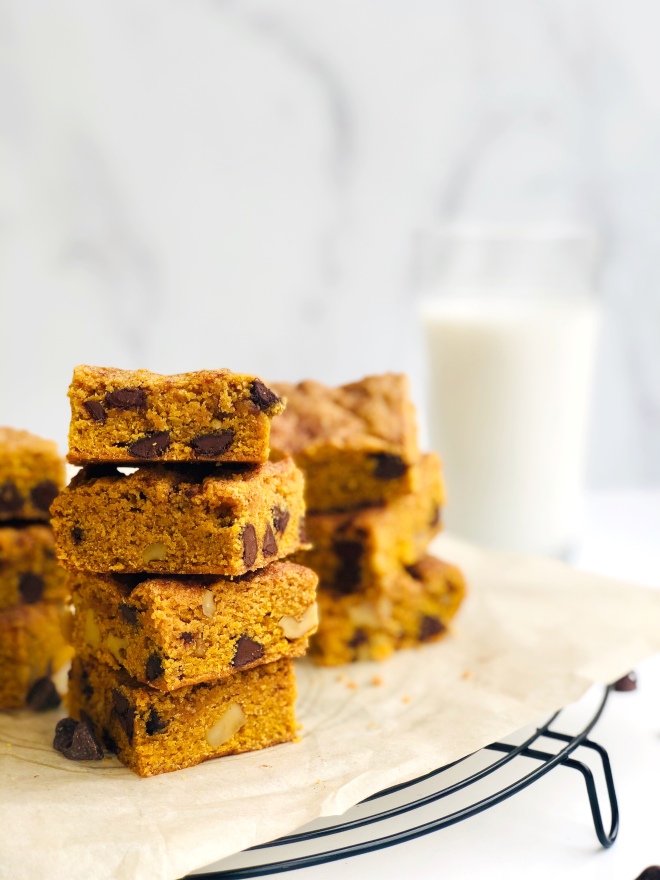 Think of these as a slightly pumpkin-y, cinnamon-y version, cakey version of a blondie. They’re so so easy to throw together and only take 25 minutes to bake. Best of all, they’re eggless and vegan friendly. Just swap the butter for a vegan butter like Miyoko’s.