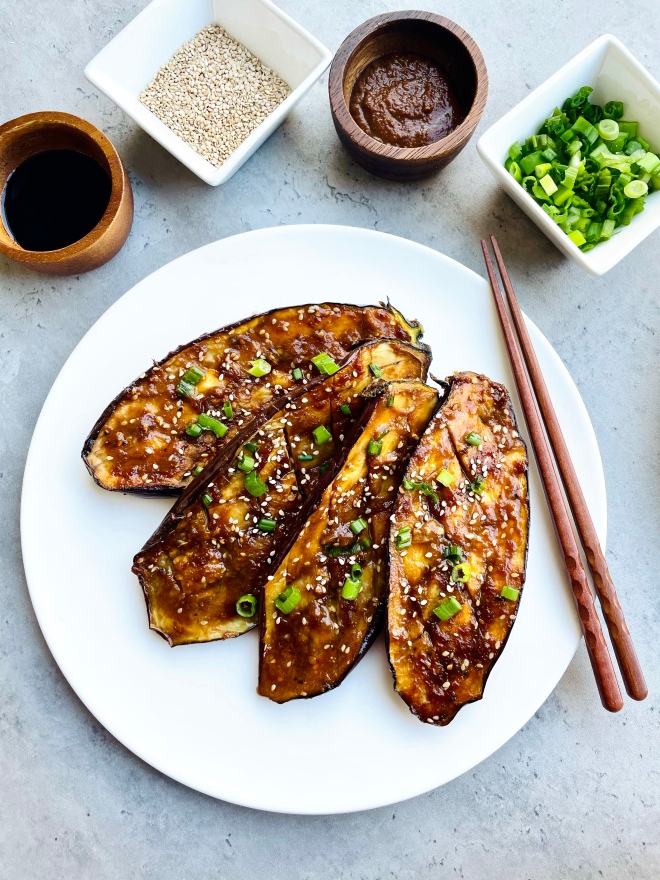 I attribute it to the pregnancy cravings, but o was in a major mood for miso glazed eggplant last night.

A few years ago, I kept hearing the word umami pop up. I heard it described as the 5th taste. In Japanese it means “essence of deliciousness.” It’s used to describe foods that are pleasantly savory, but with a hint of sweetness. That’s exactly what this eggplant is to me.

I’ve often ordered it in restaurants but never tried making it at home until recently. Turns out it’s pretty easy. You just score and cook your eggplant, then glaze it with miso sauce. That’s pretty much it.

Definitely give this a shot, either as a stand-alone dish or alongside some garlic rice.