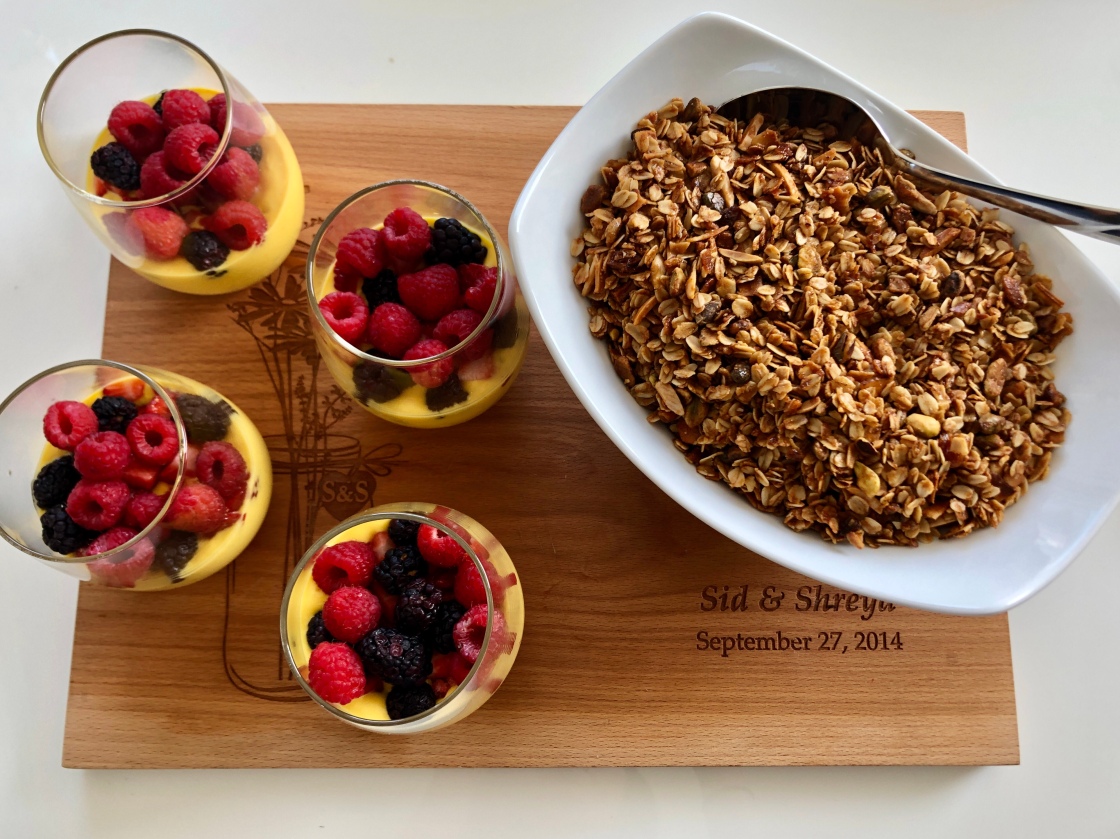 I have a confession: Two years ago, my friends and I ate at Eleven Madison Park, a 3 Michelin star restaurant in New York, and we did not love it. I know it sounds crazy, but none of the dishes stood out and the service was stuffy. Maybe they were having an off night.

But here’s what we did love: the granola they gave us as a take home present. It was like CRACK. It was sweet and salty, buttery, and crispy, like an amazing kettle corn. I couldn’t stop eating it. This stuff is seriously addictive. I finished it in a day and was so relieved when I found the recipe posted on the NY Times Cooking site.

So last year, for Mother’s Day, I made my own, with a little Indian twist. I used dried mango instead of dried sour cherries, almonds instead of pumpkin seeds, coconut oil instead olive oil, gud (jaggery) instead of brown sugar, and kithul syrup (Sri Lankan sweetener) instead of maple syrup.

The end result was so delicious my family fought over the leftovers. I served it with a mango Greek yogurt srikhand, which I’ll cover in another post soon.

Anyway, you should make this immediately. And if you have the self discipline not to eat it all, put it in a jar and give it to friends. It makes a great hostess gift.

Store in an airtight container for maximum freshness.